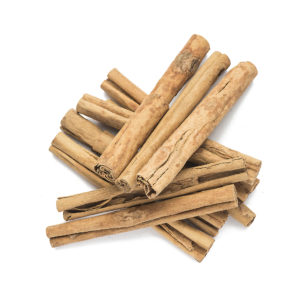 Cinnamon is a spice obtained from the inner bark of several trees from the genus Cinnamomum that is used in both sweet and savoury foods. Cinnamon trees are native to South East Asia. Our Cinnamon is native to Sri Lanka and one of the oldest spices in the world. This Cinnamon Stick is rusty brown semi light tan stick with a slightly sweet and fragrant cinnamon flavor.
Size: 3”, 5”, Off cut